Originating in Japan but also native to Korea and China, the Japanese Wineberry is a very handsome plant that has something to offer at most seasons throughout the year.

Originating in Japan but also native to Korea and China, the Japanese Wineberry is a very handsome plant that has something to offer at most seasons throughout the year.  The bright orange berries turn to crimson when fully ripe and have an unusual aromatic sweet-yet-tart taste.  Ideal for eating fresh from the bush and also using in jams, jellies and desserts.  The berries are encased by a calyx (protective shield) as they ripen and the stems of the wineberry are covered in a thick layer of golden bristles – these are not particularly sharp, but seem to be enough of a deterrent to birds.  Can be used to good effect as an ornamental climber and the canes are an attractive red colour in winter, providing further interest following flowering and fruiting.  Eventual height: 3m (9.8ft).  Eventual spread: 2m (6.5ft).  Cropping season: August.  Self fertile.

This plant is supplied in a 3L pot.

Plant in adequately drained, but fertile soil.  A sheltered spot is preferrable. Soak the root-ball before planting.  Plant in a hole twice the diameter of the root-ball or pot.  Mix an organic soil improver and general fertiliser with the infill soil.  Water regularly until established.

Train the cane along wires, cutting out those that have fruited and replacing with fresh growth.  Stems are vigorous so it is recommended that you pinch back in spring to encourage branching.

Be the first to review “JAPANESE WINEBERRY 3L” Cancel reply 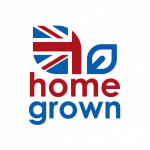